May 05, 2013
Yeah, I said it. You know that you like corn nuts so much that you put them in your mouth and bite down with a fleeting thought to your dentist, followed by a flicker of a prayer that is something like, "I hope this corn nut doesn't crack my molar..."

Well, the other night at dinner Hudson scolded me and the girls for crunching on said offending corn product because of the list of unpronounceable ingredients listed on the bag. Hey, don't blame me, blame Bobby Flay who topped his gazpacho with them right there on Barbecue Addiction and he inspired me.

So last week when I was lunching at LA's Grand Central Market and staring at bulk giant corn kernels I got an idea. Make my own and eat as many as I want. Here is the simple and yummy recipe:

Put corn kernels in a container and cover with water for 3 days. I put in the back of my fridge to keep them fresh. This tenderizes them and they swell slightly.

When ready to cook them, drain kernels on a towel while you heat the oil in a frying pan large enough to accommodate 1/2 of your corn. You'll fry 2 batches.

When oil is hot, place the dried kernels in the pan and move them around with a wooden spoon (or swirling the pan if you're feeling confident) for about 8 minutes. You want them to start to get lightly golden brown but no where near burned. Yes, I have had 1 kernel pop, sort of, but it isn't popping corn so it didn't 'inflate'. No need for a lid, but a splatter guard will keep your kitchen cleaner.

Remove the kernels to a paper towel to drain excess oil and season liberally with your season salt.

These nuts aren't anywhere as hard as store bought corn nuts but as they dry and cool, they do become crunchier than they are fresh out of the oil.

Tailor them to any flavor you're craving and keep your bridgework safe.

Popular posts from this blog

I live in LA, and everyone who knows me knows I love coffee. Everyone who doesn't know me also knows I love coffee. They can tell at a glance as I happily swig from my omnipresent travel mug all day every day from 6:30 A.M. until around 4:00 P.M. For years I've been on a quest for the best coffee in the United States. Nothing official, just a deep personal belief that I deserve to enjoy the best damed cup of joe known to mankind. I do you know...and I think you do too. Really, the tasteless or downright acrid swill being sold as coffee everywhere should not have to be ingested. But I digress. Recently while in Philadelphia, my husband enjoyed such a delicious cup of coffee at Passero's Coffee in Penn Center that he immediately asked the owner what the secret was. Turns out, the owner, Jeff Lincoln loves coffee as much as I do and after years of sourcing the very best beans he could find... he's now undertaken to hand-craft his own roasts and produce t
Read more 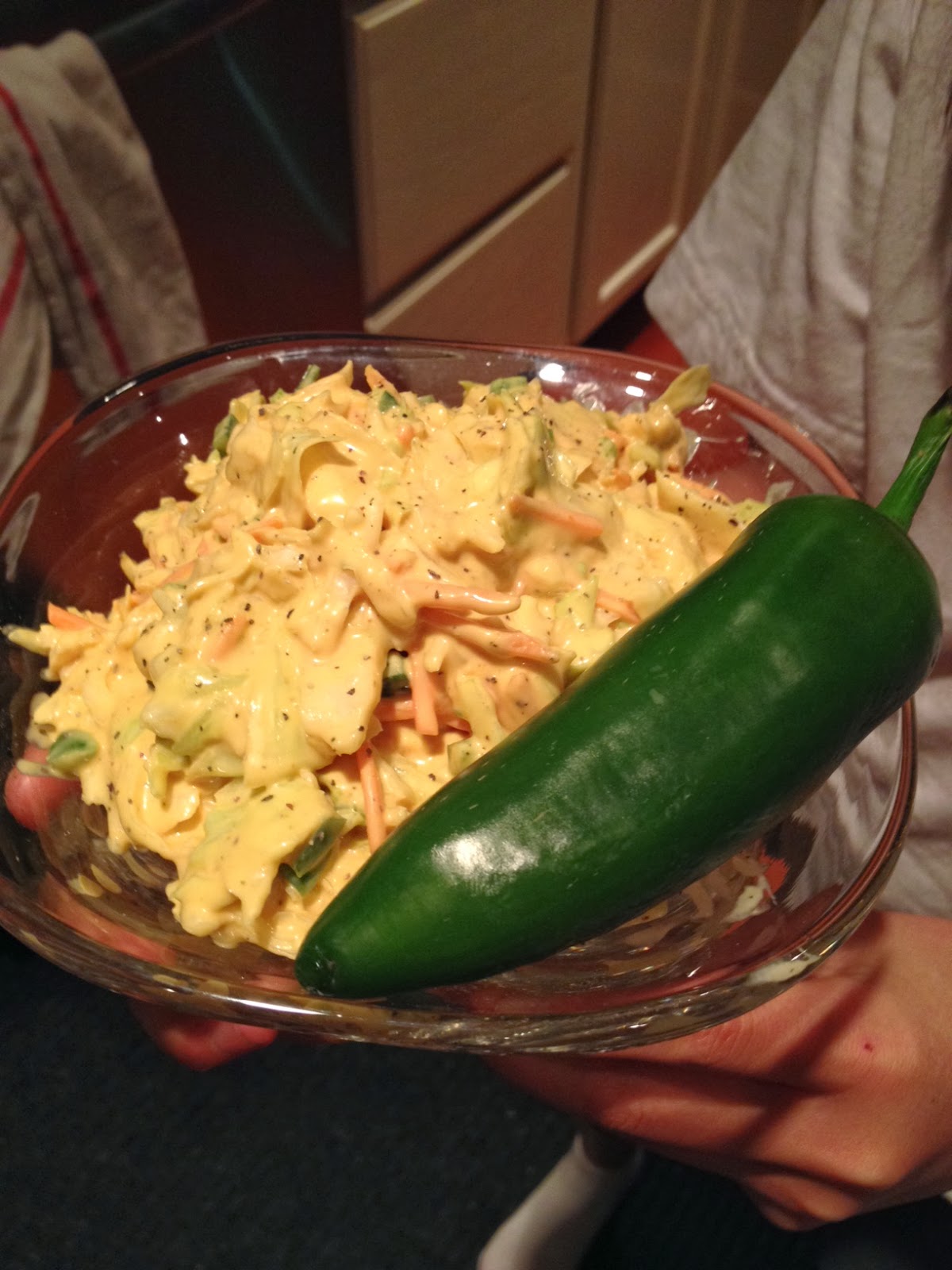 Guess what our dinner of Garden Burgers needed? Sloppy Slaw! It was a delicious side salad and a surprisingly sloppy delicious burger topper! The ingredients are simple: 1/2 bag of shredded cabbage 2 Tbsp yellow mustard 2 Tbsp catsup 2 Tbsp Mayonnaise 1 Tbsp poblano pepper, diced 1 Tbsp jalepeno, diced Salt and pepper to taste 1 Tbsp juice from pickle relish Let the flavors marry in the refrigerator for up to an hour and serve. Yum-O!
Read more